Well done to Dara Casey, Adem Gul and Aidan Crowley from 6th Class who finished runners up in the Primary Schools Skills Competition in Kenmare on Thursday 27th April.  Also congratulations to Adem Gul who won the individual award for the highest score on the day and now goes forward to the County Finals in Tralee on Friday, 12th May.  Well done lads! 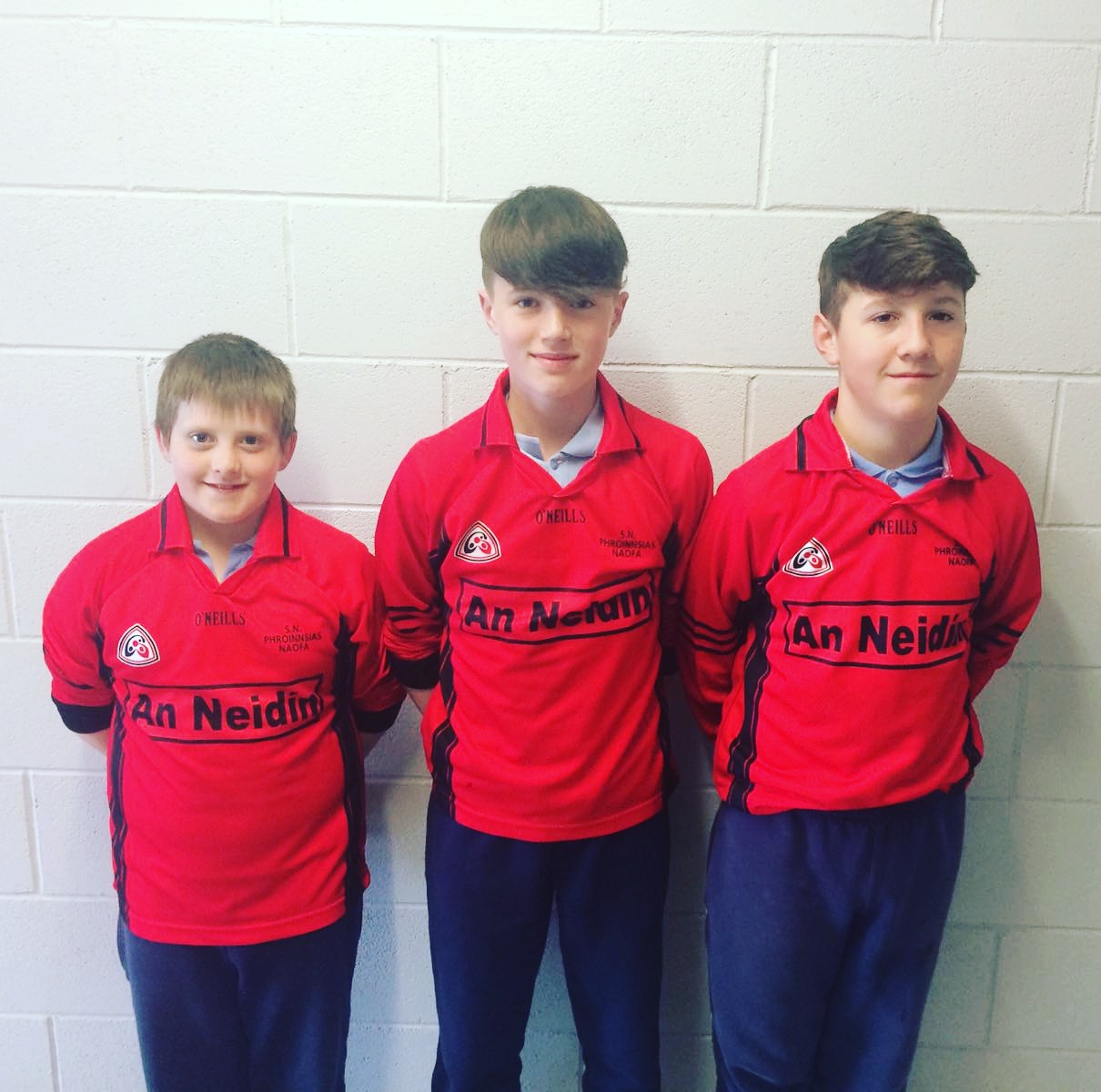 After the Easter Holidays, we had a visit from Mr. Zee, an Engineer and Scientist who did Science and Engineering workshops with all classes as part of our Discover Primary Science Initiative.  The children investigated a variety of scientific concepts and used a variety of scientific skills.  Some activities included designing and making Go-Carts and investigating the strand of Forces through pushing and pulling techniques.  The younger classes investigated Kinetic Energy by making roller coasters and had to get marbles to roll down from start of finish and into a plastic cup.  They were given pieces of white tape and black foam pieces and had to assemble them from scratch.  Senior Classes learned about electrical energy and made battery powered cars in small groups.  They then had to race the cars!  The workshops were very educational and informative as well as showing that Science can be a lot of fun!  Thanks Mr. Zee!

Have a look at our gallery of pictures showing local Fireman Dan Keane giving a fire safety talk to third class this April.  Dan spoke about various fire hazards and how to reduce them.  Many thanks to Dan for speaking to us about a very important topic!  The children got a great insight into the topic and are much more safety conscious!  Thanks Dan! 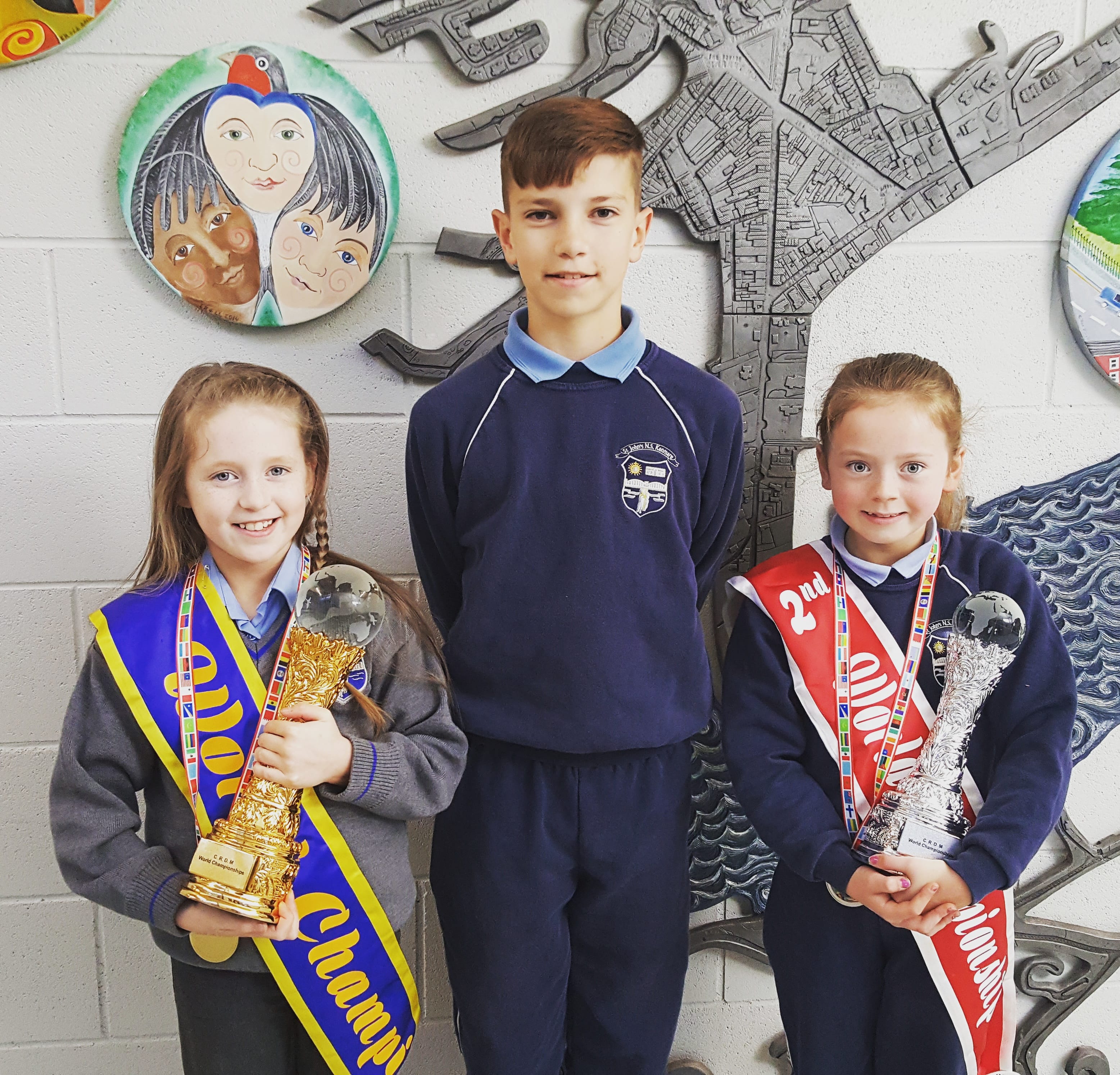 Congratulations to the boys in the FAI Schools 5 a side Competition today who got through to the finals on May 3rd.  Well done! 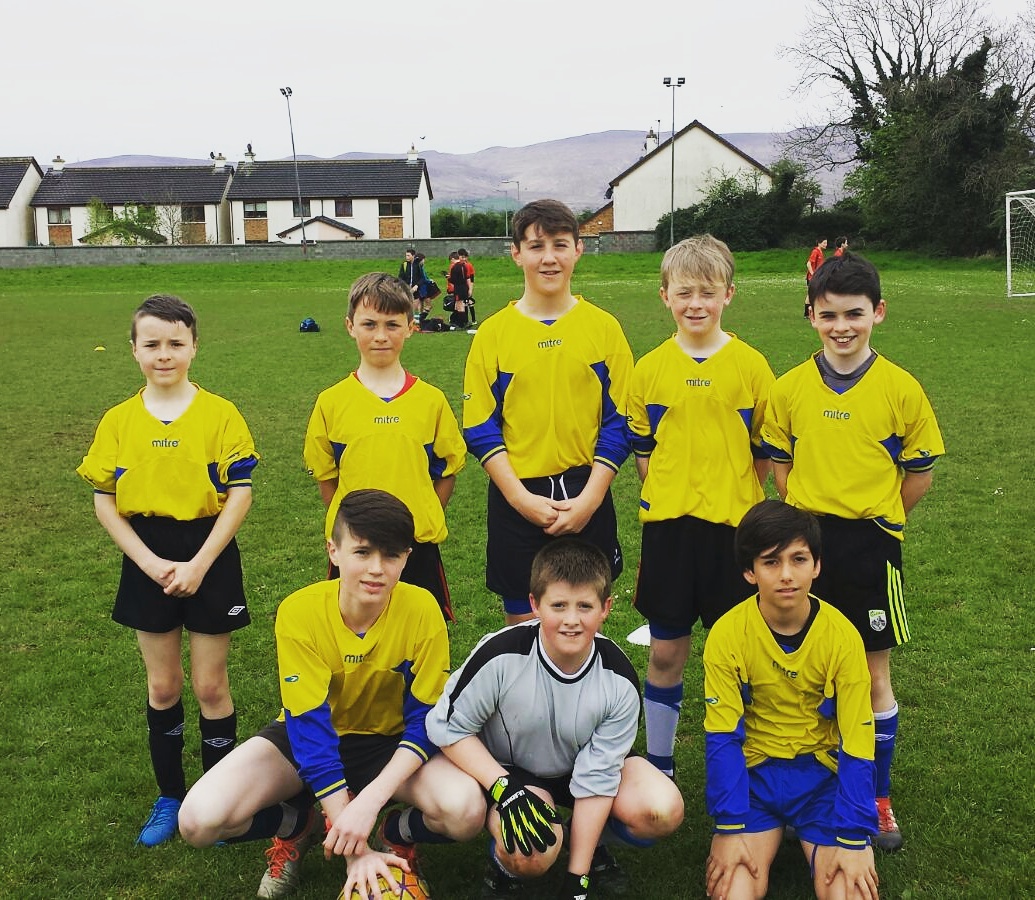 A great effort today from all classes who took part in the town’s Spring Clean Up as part of our Green Schools Flag Initiative.  Well done everybody!

Local Postwoman Rosie Healy Rae came to visit us today and gave us an insight into her job and the journey of a letter!  We like to support and learn about the members of the community as part of our Health Promotion Initiative.  We have great community spirit in our school!  Thanks Rosie!

A very successful day was had at our Coffee Morning, Bake Sale and Monster Raffle in St. John’s today!  There was a great turnout and we would like to take this opportunity to thank all of you who came to support our fundraising event as well as those of you who baked such wonderful buns and cakes.  Thanks to the parents association for organising, Pat Casey for the great music and all those who helped out and cleaned up.  The children also had a lot of fun when we finished off the day with some dancing and our Monster Raffle.  Raffle winners will be contacted in the coming days.  Congratulations to the lucky winners and to our fabulous sponsors for your generosity!  A great community response as always!