On Wednesday the 27th of January, 2016, our school was visited by three representatives from the Irish Defense Forces, Commandant Michéal O’Mahony, Gunner Paul O’Rourke and Lieutenant James McKeon. They presented us with an Irish Flag and a copy of the proclamation of the Irish Republic. The proclamation was read by Lt. James McKeon with the help of two pupils from 6th Class. The oldest and youngest pupils in our school received the flag. Lt. McKeon spoke to the children about taking care of the flag and about the 100th Anniversary of the 1916 Easter Rising. The ceremony was attended by staff and pupils of St. Johns as well as Representatives of the Board of Management and Parent’s Association and Local Politicians. It included a range of acts including Irish Dancing, drama, music and singing. We will raise the flag on March 15th, Proclamation Day, to commemorate the 1916 Easter Rising. 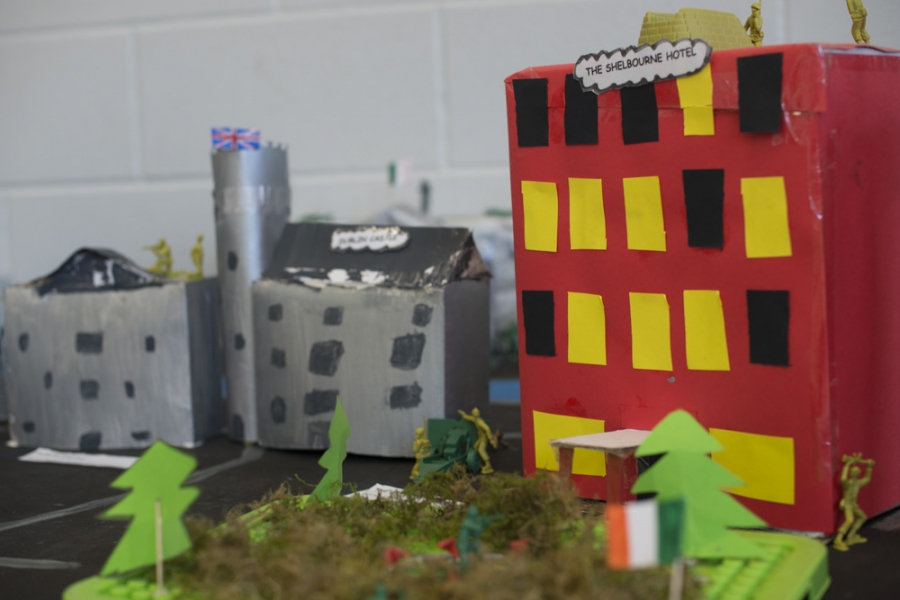 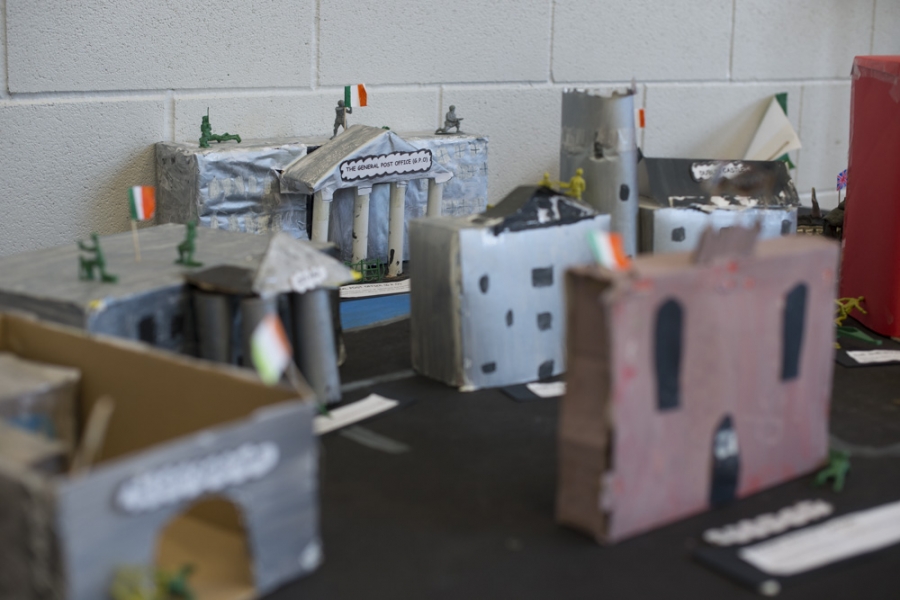 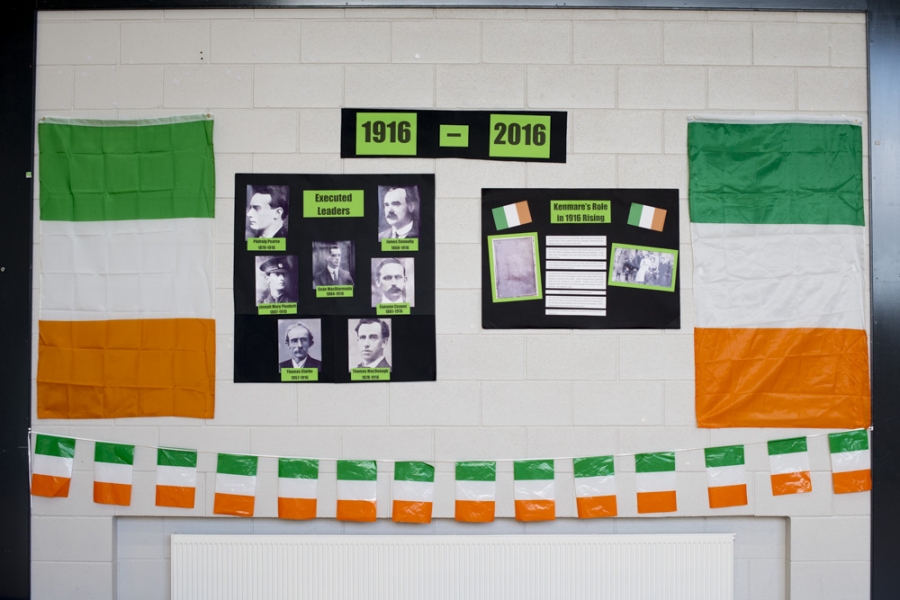 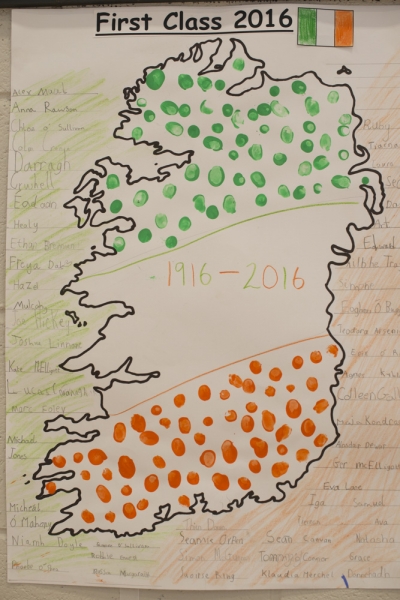 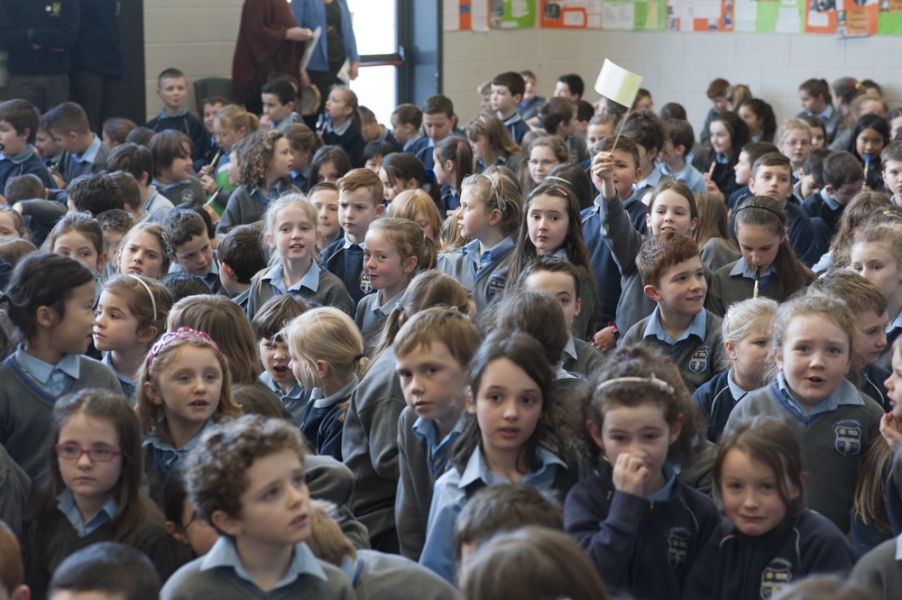 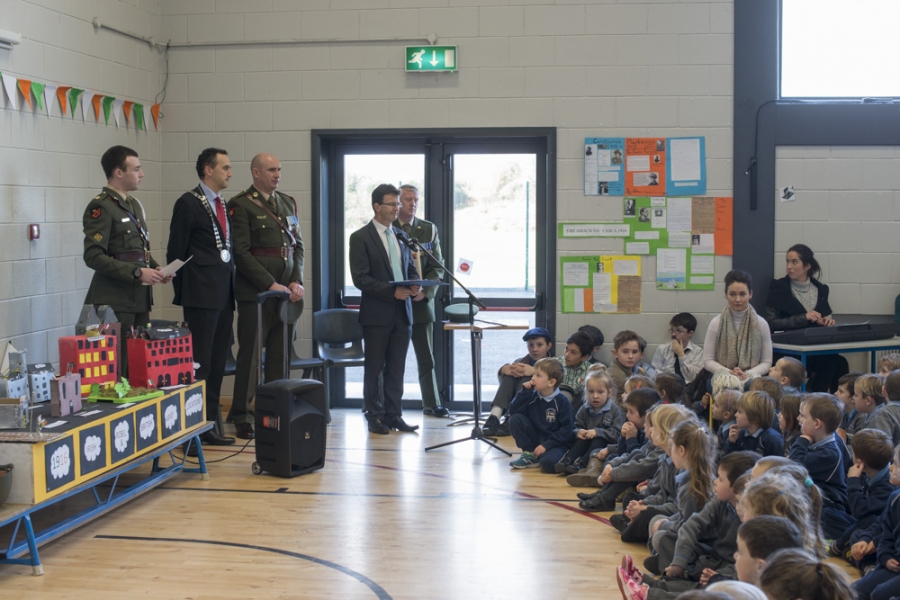 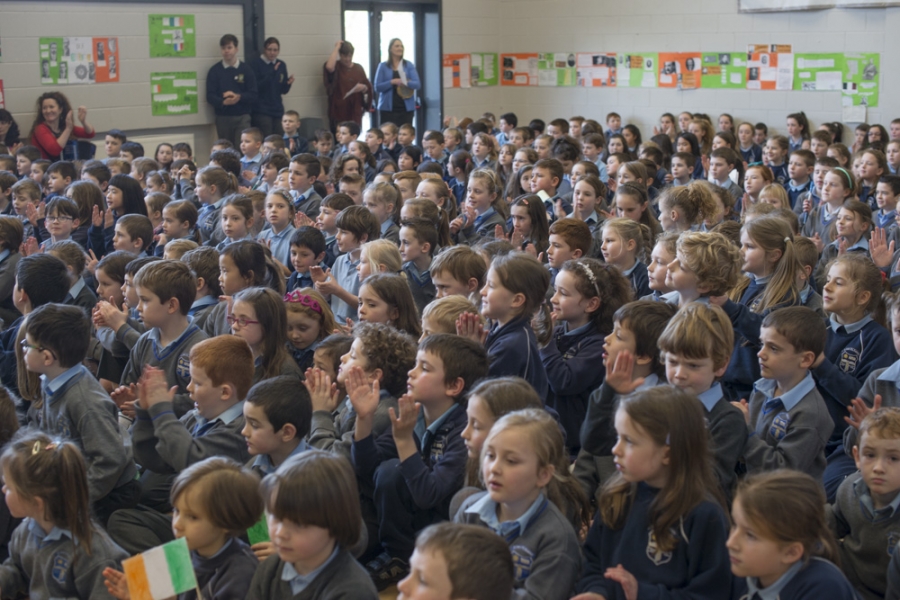 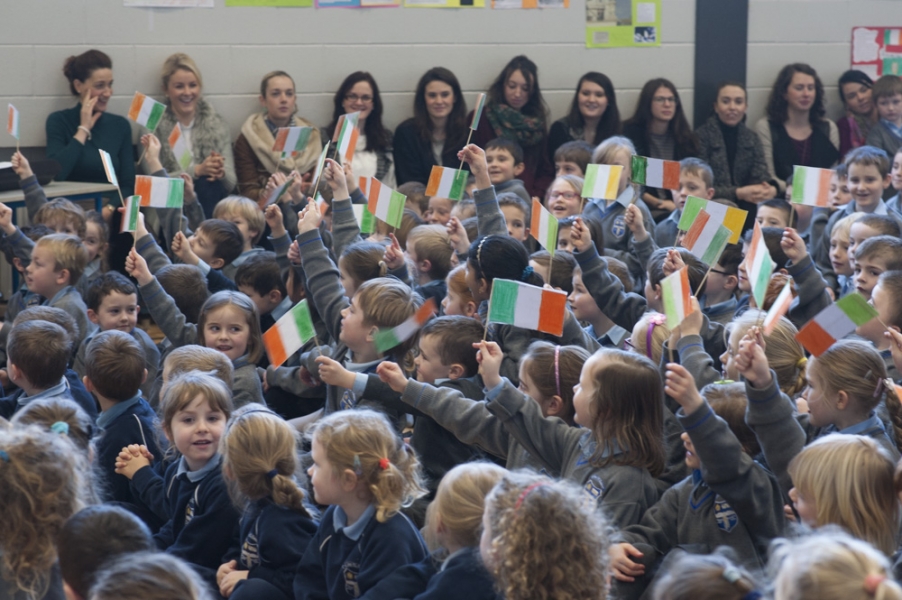 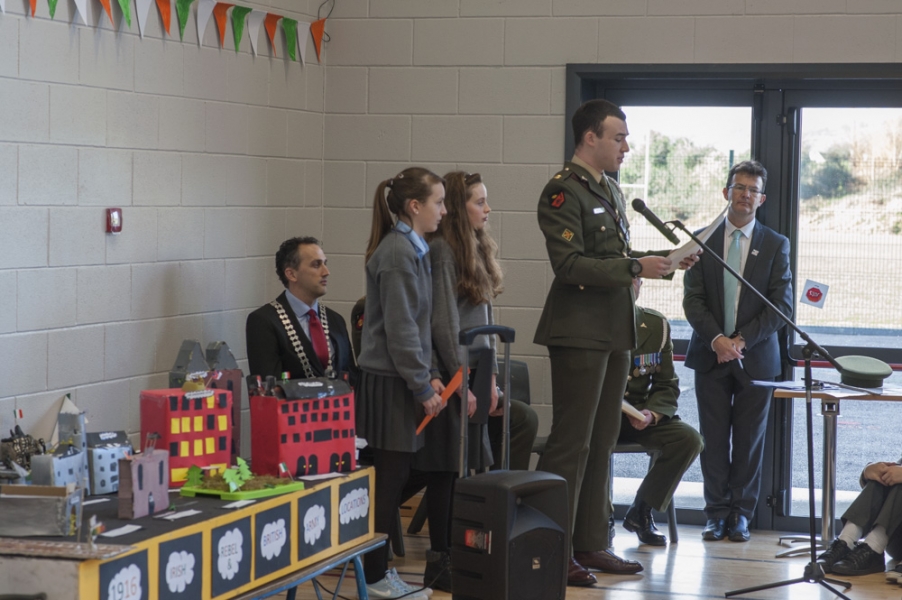 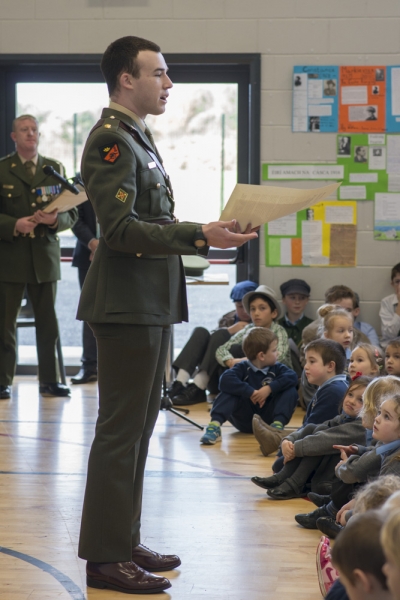 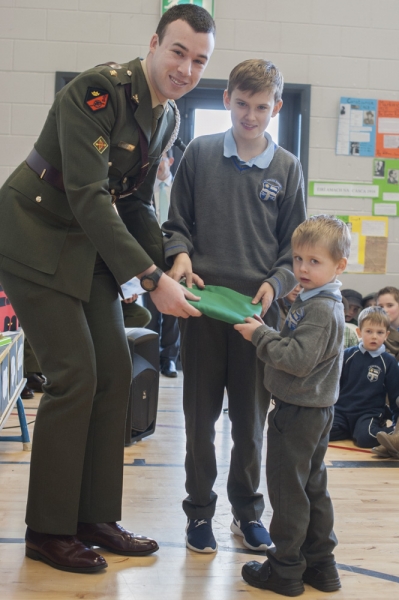 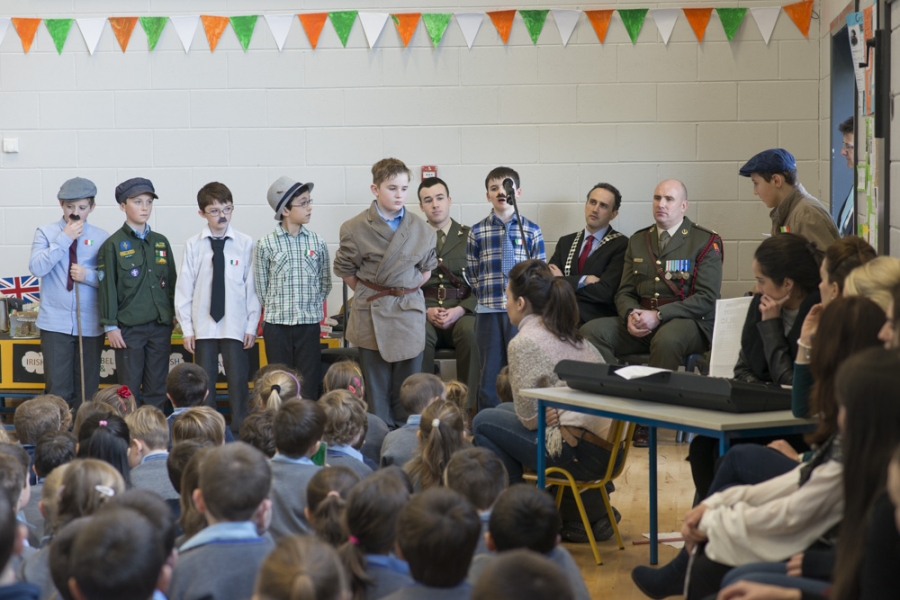 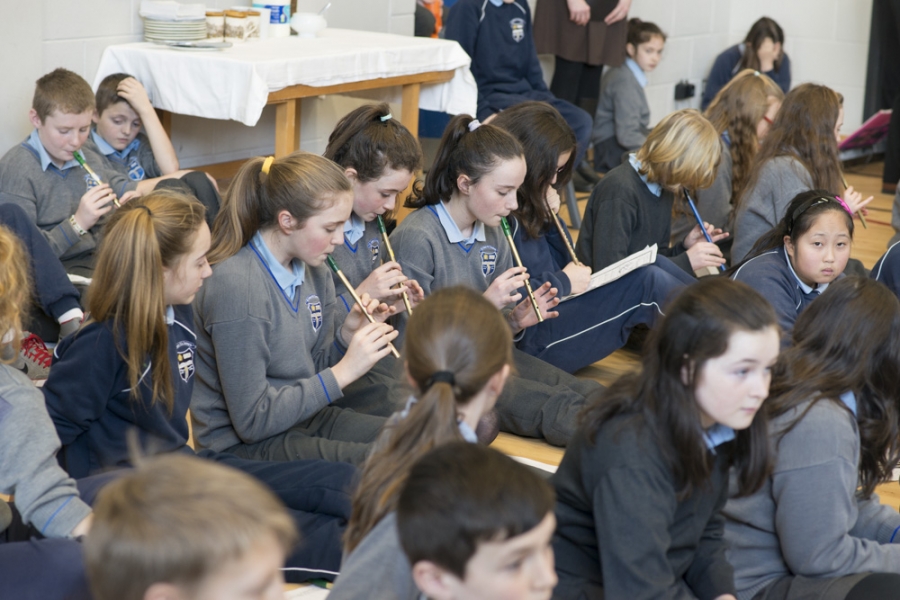 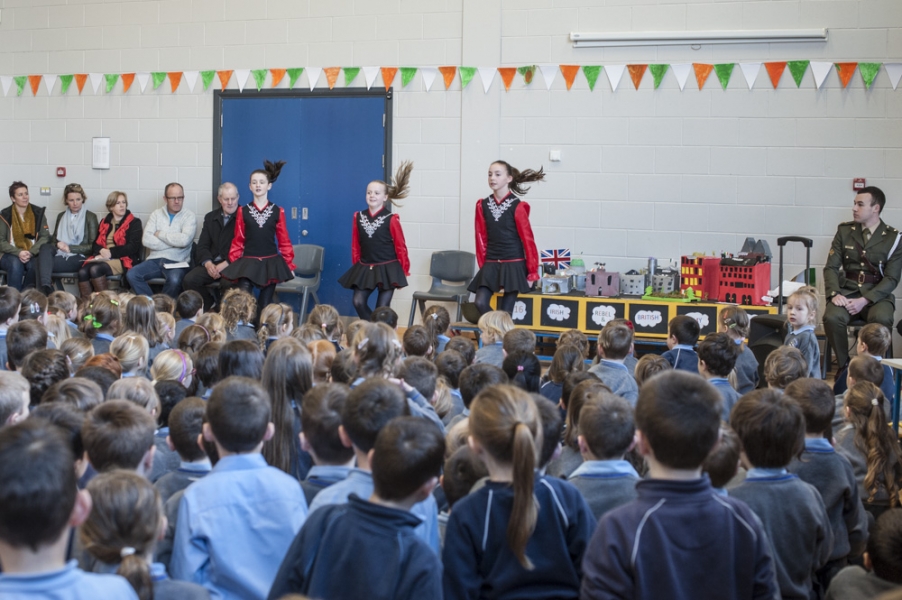 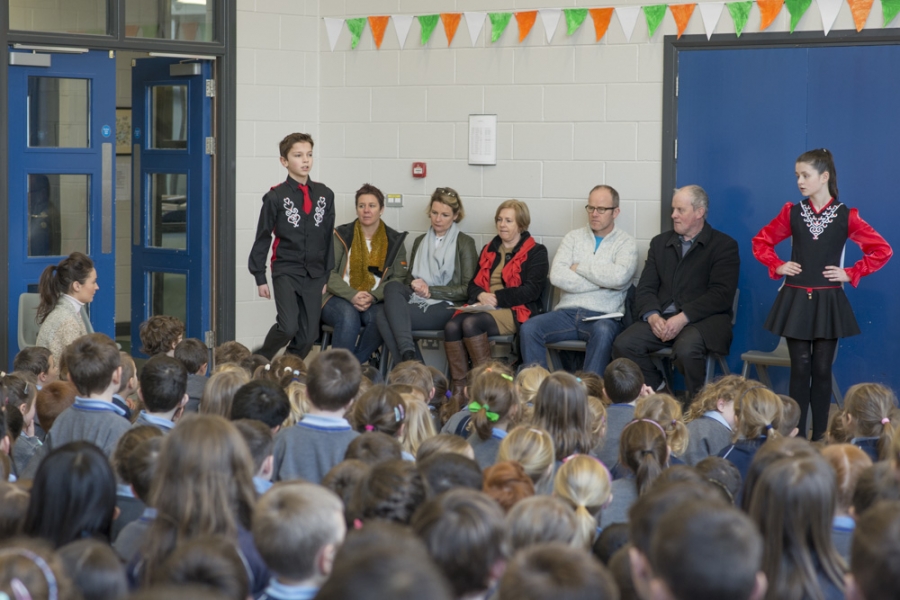 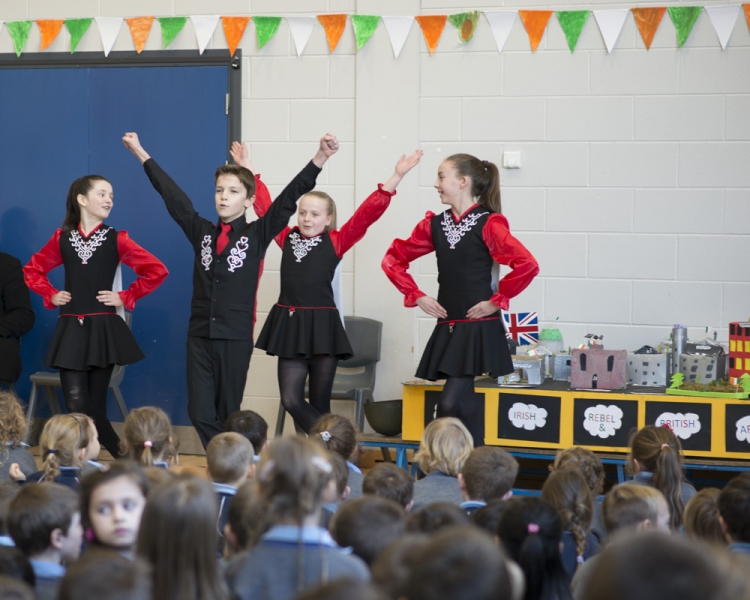 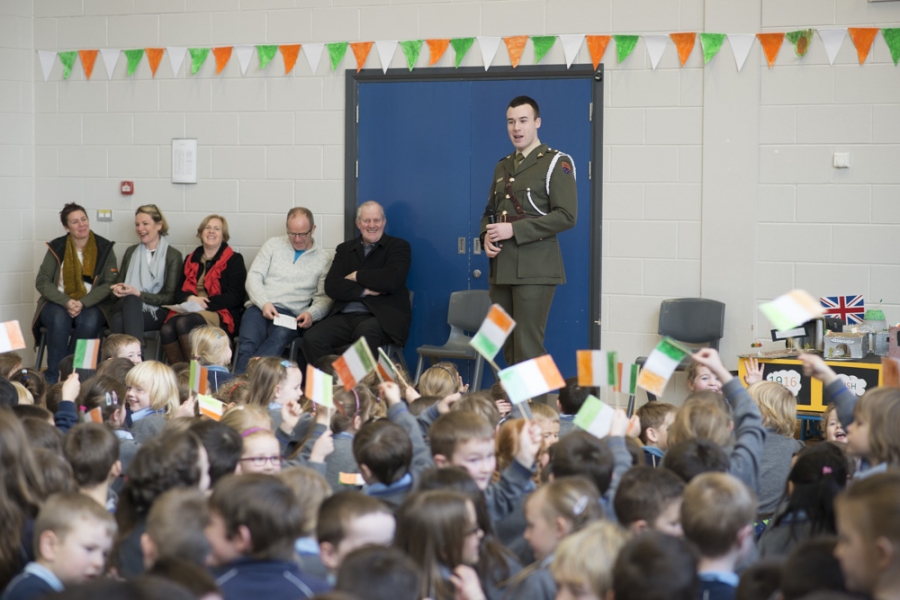 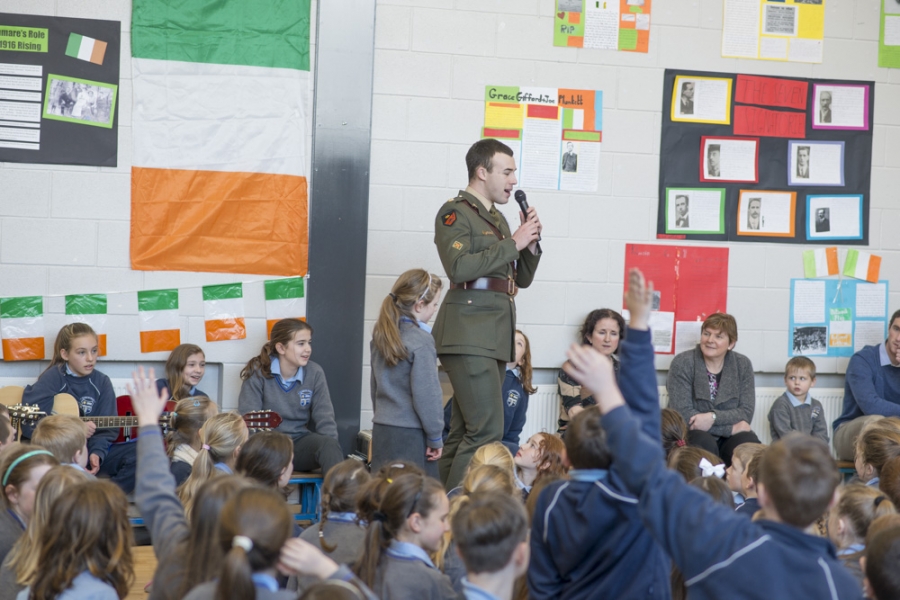 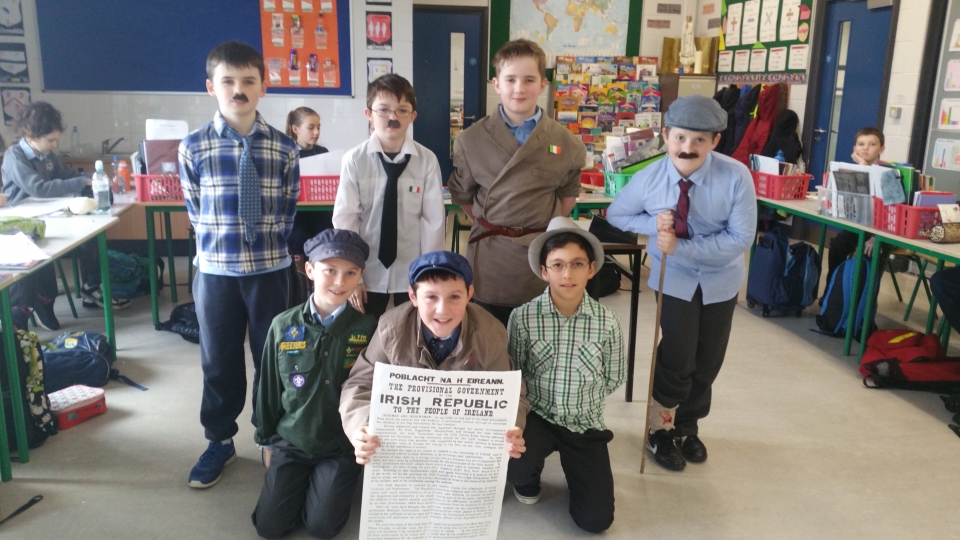