This month’s Assembly was particularly special as we had a lot to celebrate!  Firstly, we were very privileged to present our Active School Flag which we were recently recognised for!  Our Active School’s Committee talked about what was involved in the process and all classes were commended on their hard work.  A great team effort, well done everybody!  In conjunction with the Active School Flag, our Health Promotion Committee were also presented with certificate’s for their commitment and involvement all year!  This is a two year process so next year we will be hoping to be awarded the Health Promotion Flag!  First Class showed their Golden Boot Award to the school which they received for their active involvement in our Running Challenge!  We entered the Discovery Primary Science Awards also this year and were pleased to present our Award at assembly!  We had three World Champions Dancers this year who were recognised for their talent and achievements!  A very busy Assembly this May! 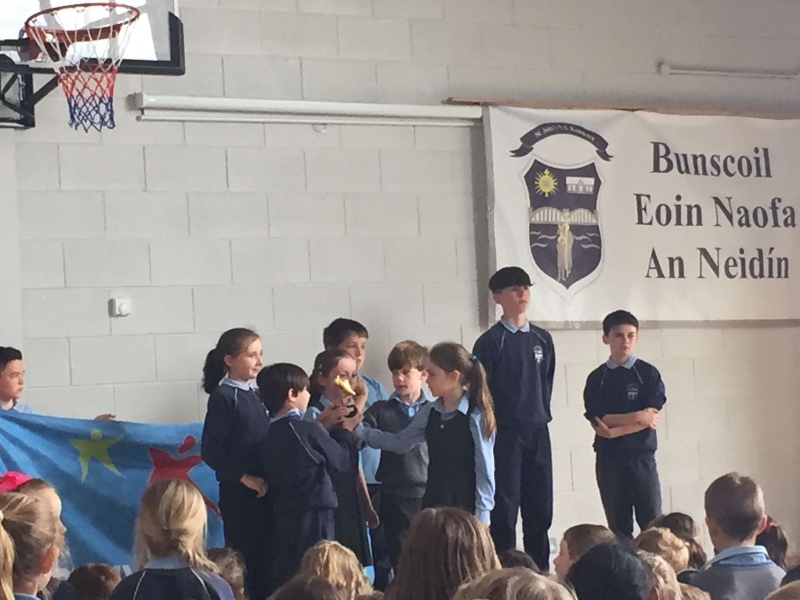 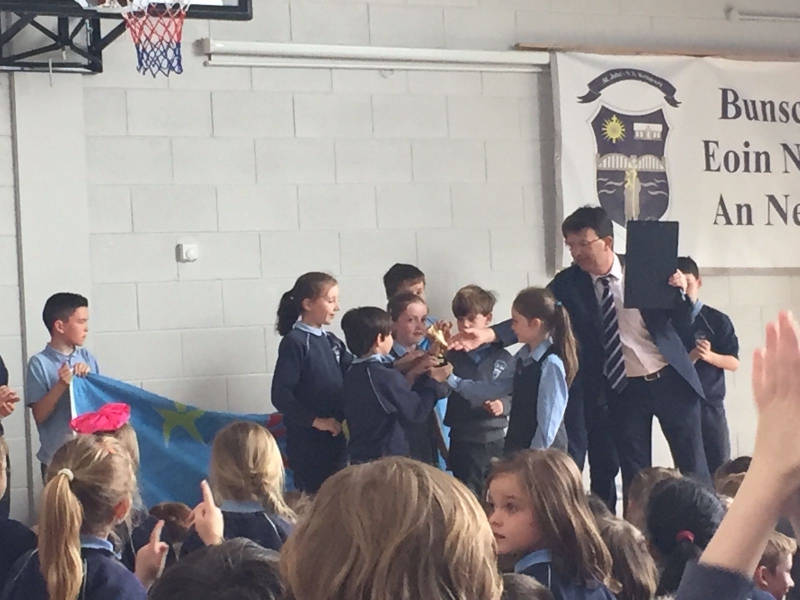 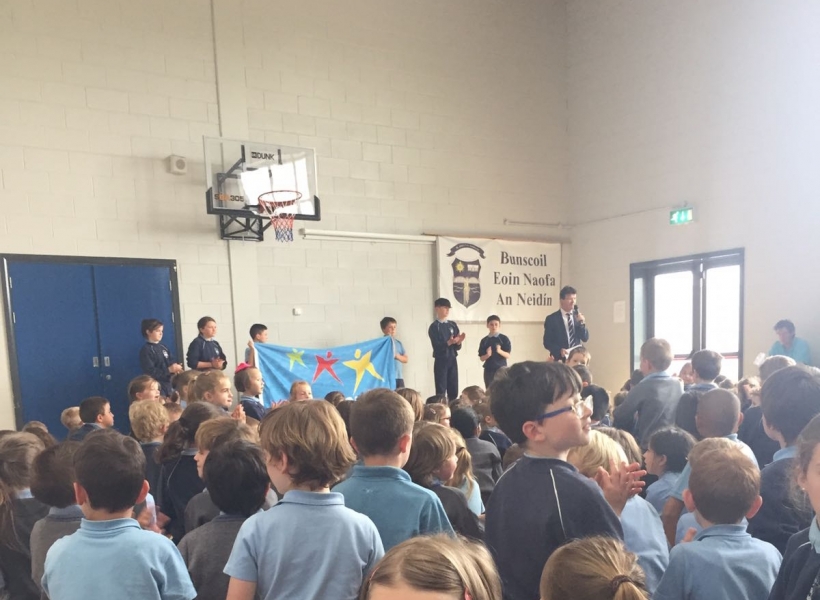 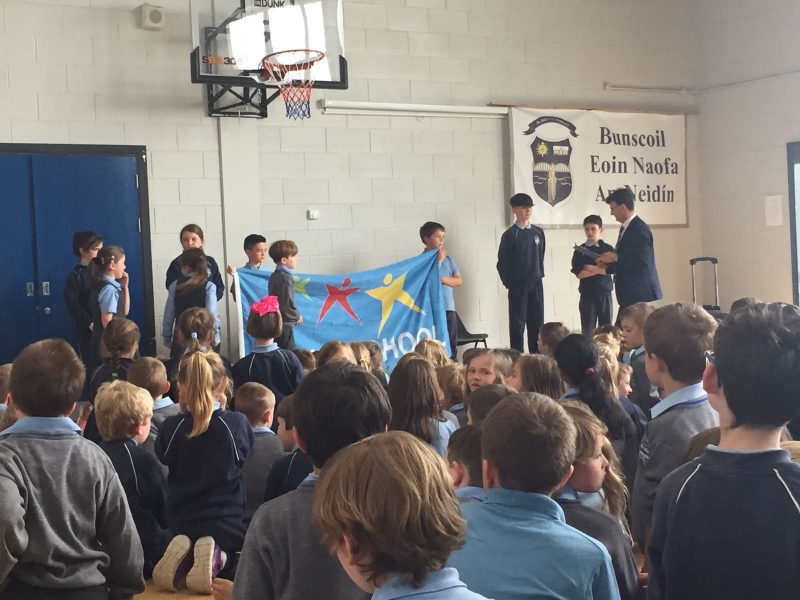 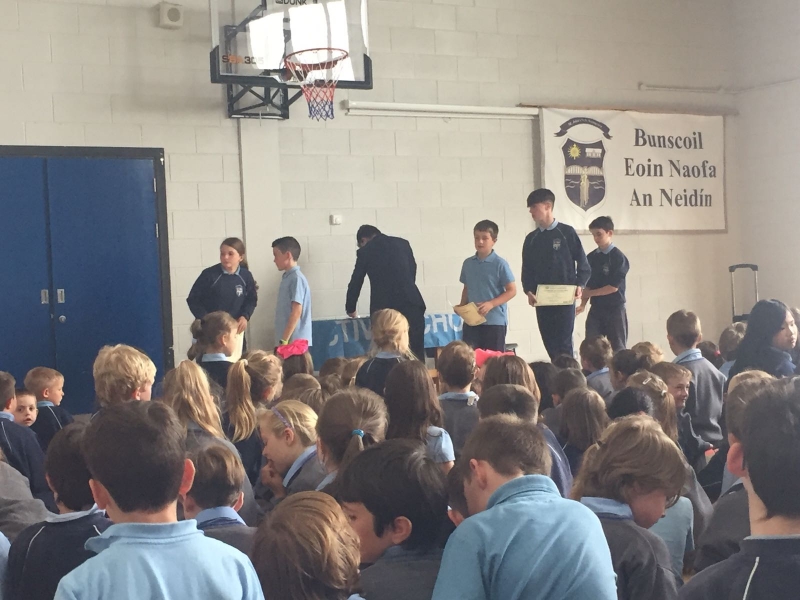 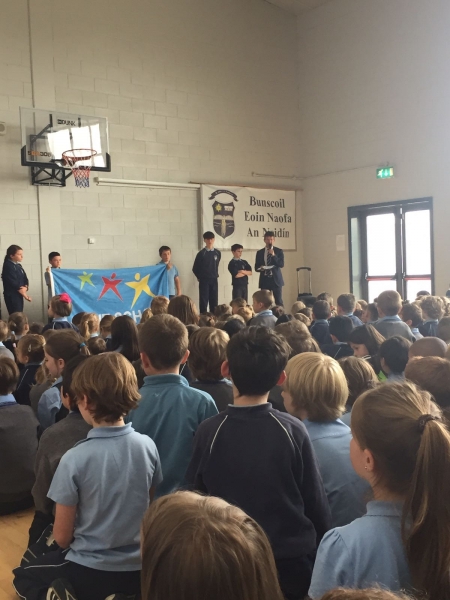 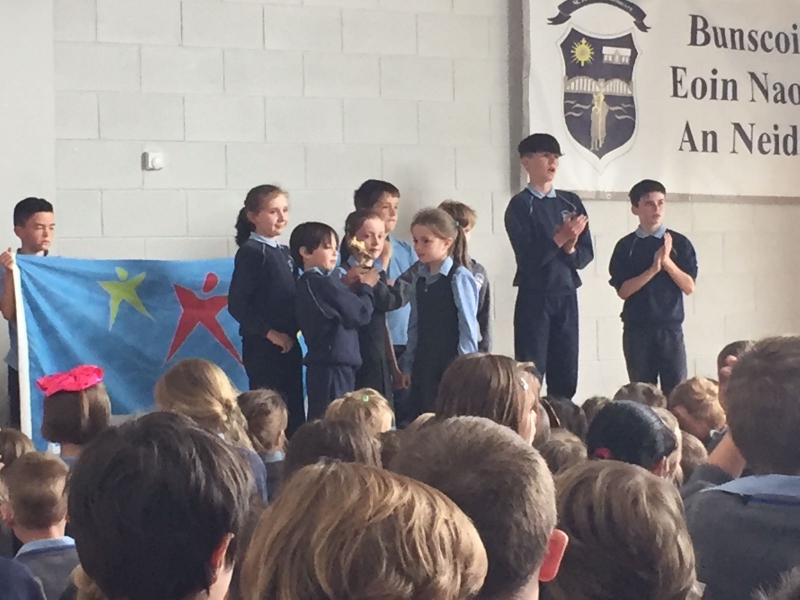